Time for England Women to shine in Autumn International Series

With the dust now settled on the men’s Rugby World Cup, the spotlight turns to the women’s international stage where the Red Roses take on Six Nations rivals France twice and Italy this month.

To kick off the proceedings, England face France first in France this Saturday and in the women’s game, there is no bigger test than that. The stage is set for what will be an enthralling battle between the two best teams in the Northern Hemisphere. England then play France in Exeter on November 16th before a trip to Bedford seven days later.

But can England replicate the dream run of last season when they were crowned Quilter series winners and Six Nations champions? Only a defeat to world champions New Zealand in the summer blotted their match card. With the next Women’s Rugby World Cup only two years away, these Tests are hugely important and invaluable stepping stones.

England should be feeling good. They may have not won the Super Series back in July but they would have learnt an awful lot about themselves as players. Simon Middleton was able to see how his team coped without Katy Daley-Mclean at fly-half, and her likely successor, Zoe Harrison, showed she could handle the pressure and take the lead. Against New Zealand it was a baptism of fire for her, but one she will be better for.

Daley-Mclean returns to the starting line-up this Saturday, along with the recently crowned Women’s World Rugby Player of the Year Emily Scarratt. The key for England is not to rely too much on the wise heads of Daley-Mclean, Scarratt and captain Sarah Hunter. I hope in this series we get to see the younger players take a lead and learn from these experiences, including the likes of Abby Dow, Zoe Aldcroft, Sarah Beckett, Ellena Perry and Harrison. They need to be allowed to play and express themselves.

My two players to watch are forwards Shaunagh Brown and Vicky Fleetwood. Both have been out with injury but will be a welcome return to the team. They bring a competitive edge to the team that will be needed against France and their big ball carriers.

France will be disappointed with their last season, but that is why I think they will be a huge threat going into this first match. They will be feeling bruised by their defeat to Italy in the Six Nations - the first time they had ever lost to them. France then lost to Canada in the Super Series, a team they have become accustomed to beating. Somehow, they turned that around to beat World Number one side New Zealand in the Super Series. Typical of the French! You can’t make it up!

France are unpredictable in the way they play, but when they are at home they are always good. With the crowd behind them, they will be at their best. The French crowd have the power to affect and influence their team – they will lift them and try to crush their opponents. England need to be ready for what they are about to face.

In the backs, Jessy Tremouliere and Caroline Boujard are dangerous; they can score from anywhere on the field. France have the strength and power in Lenaig Corson, Safi N’Diaye, Romane Menager and Gaelle Hermet. But my player to watch in this French team is Pauline Bourdon. This lady is a live wire. Similar to Faf De Klerk from the South African men’s team, she is a handful to play against. England will need to mark her out of the game and starve her of possession. Otherwise, she will punish them with her snipping runs and tactical kicking. The French play runs through her.

Italy enjoyed a dream Six Nations this year, achieving the dizzy heights of finishing second in the table. That was their highest ever finish in the championship.

Italy are never quite as comfortable away from home, and this will be their first visit to Goldington Road in Bedford, a town where I did my undergraduate degree. The town loves its rugby and I expect the game to be well attended. There’s also a big Italian community here, so there should be good support for both sides.

Italy, like France, have big ball carriers who will cause damage but their success comes from playing an unpredictable style of rugby. Italy are not afraid to try things and play what’s in front of them. Against teams like England they do fall short when their structure becomes too loose, as England are good at capitalising on mistakes.

However, if Italy can play a smart game, keep possession, play territory and put England under pressure then this could be a game that could see England really tested. Their players to watch are scrum half Sara Brattain and openside flanker Giada Franco. Both lead from the front and will take on teams and players regardless of reputations.

These should be three thrilling fixtures and you can join me in watching all the action on Sky Sports Action and Sky Sports Mix as well as England Rugby.com. 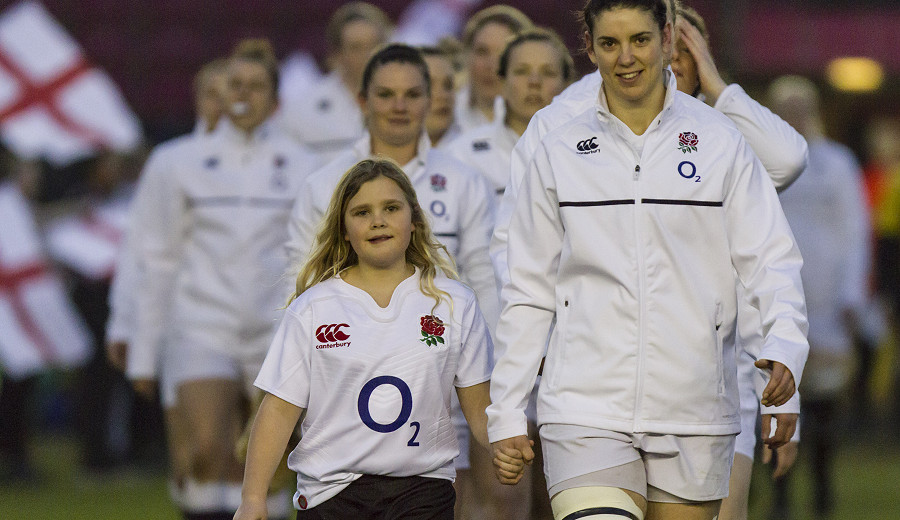