With 28 tries in 74 England appearances and a record-breaking seven consecutive Women’s Six Nations titles from 2006 to 2012 – not to mention a World Cup crown in 2014 – Alphonsi’s knowledge of the game is unparalleled.

Since retiring in 2015, she has gone on to become a leading rugby pundit on TV and in newspapers and will be bringing her insight to this year’s Women’s Championship.

Every week Maggie will engage with fans through Instagram Live Q&As ahead of each round, provide expert analysis and discuss the key talking points from the weekend, select her Team of the Week and also compile a Team of the Championship once all is said and done.

And ahead of what promises to be a unique Championship, Alphonsi is excited to be part of the team.

"It means the world to me to be an ambassador for the Women’s Six Nations and I can’t wait for the action to start," she said.

"We haven’t seen international women’s rugby since last year so for it to come back with a vengeance now is really important.
"It will be great to see women’s rugby thrive and get the shop window it deserves.

"The Six Nations is such a special Championship and you feel the passion and significance in every game you play.

"Whichever team goes on to win this year’s Six Nations will remember it for a lifetime." 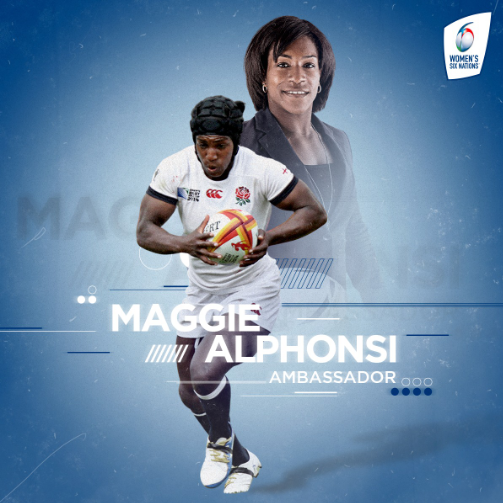